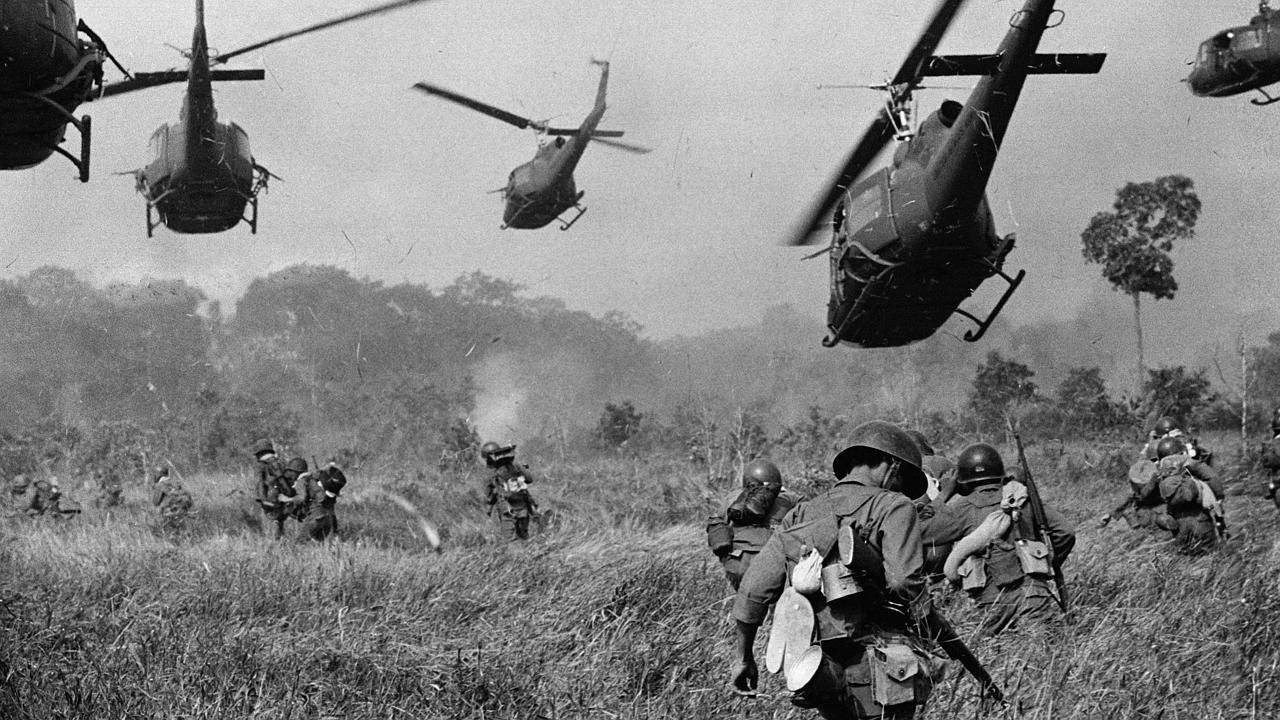 Although a severe tropical storm was developing during the day of 18 August 1966, 9 Squadron started the day with normal squadron activities; two Iroquois moved from VungTau to Nui Dat, Australian Army Base on standby duties and to transport Australian entertainers, Col Joye and Little Pattie back to VungTau following their concert show for the troops.

In the afternoon at about 1540, as D Company troops were conducting a search operation in the rubber plantation at Long Tan, they ran into an ambush by Viet Cong battalions. During the fierce battle that raged, Australian troops were running low on ammunition and were threatened with being overrun by the Viet Cong if they could not be re-supplied. Only helicopters could get the ammunition to the troops in time.

The two Iroquois on standby at Nui Dat were tasked to supply the ammunition to the troops at Long Tan. Flying conditions could not have been worse; the heavy rain reduced visibility and forced the crews to fly at tree-top height; navigation was extremely difficult. Following a smoke signal from the Australian troops, the supply helicopter, flown by Flt Lt Cliff Dohle and Flt Lt Bruce Lane, hovered at 10 metres, just above the tree tops, and dropped the critical ammunition to the waiting troops. They were spot on and a relieved voice was heard over the radio, “You bloody beaut, that was smack on”. The second helicopter crew, Flt Lt Frank Riley and Flt Lt Bob Grandin, was tasked to establish radio contact and locate the troops for the ammunition drop and to provide backup and support.

Artillery support from Australian, New Zealand and American batteries and continued fierce action by D Company, devastated the Viet Cong. At about dusk, Australian reinforcements and armoured personnel carriers attacked the unsuspecting VietCong, who were gathering to attack the rear of D Company. Soon after and following the loss of many of their troops, the VietCong withdrew; they had been defeated at Long Tan.

At about 2300 that night, seven Iroquois helicopters evacuated the wounded and recovered the dead from the battle area. The helicopters landed, in turn, on a landing zone about the size of a tennis court with the only lighting being provided by four torches, vertically positioned in the corners of the landing area.

The re-supply sorties that day and the continued operations at night, showed the skill and dedication of the pilots and crewmen of 9 Squadron. There was no moon, crews flew at tree top height, in line astern with the small red tail light of the helicopter ahead as their only visual reference. It was definitely not an average day in 9 Squadron’s history.