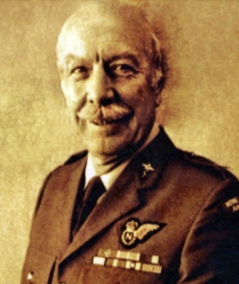 AVM Stephenson was born in UK and joined the RAF and trained as a navigator before serving on 207 Squadron RAF, a Lancaster bomber squadron. During a bombing raid on Berlin in December 1943, his aircraft was shot down by a night fighter. Following his time as a PoW, he was repatriated to England at the end of the war and was discharged from the RAF soon after.
After completing medical training, he joined the RAAF in 1955 as a Medical Officer. During his time in the RAAF, he was the PMO at HQOC, completed an exchange with the RAF, followed by a posting to RAAF Butterworth as CO of No 4 RAAF Hospital in 1968. He then went to USA as the first Medical Officer Exchange in April 1980, he was appointed Director General of Air Force Health Services (DGAFHS). He retired from the RAAF in June 1984.
In retirement, he continued to work in Defence Health fields and served on many committees, including the Administrative Appeals Tribunal, RSL National Advisory Committee on Veterans’ Health and the MATES Committee of DVA. In 2000 he was made a Life Member of the Aviation Medicine Society of Australia and New Zealand and in September 2005, at a special luncheon at the ADFA Officers Mess, he was recognised by CDF, ACM Angus Houston, for his 50 years of service and association with the RAAF and ADF .
AVM Stephenson’s autobiography, Three Passions and a Lucky Penny, published by the Air Power Development Centre in 2008, is an interesting read on his life in the RAF, German PoW Camp, the RAAF and his retirement years.
He and his wife, Freda, lived at Batemans Bay until they moved to Belconnen and a retirement home, Kangara Waters, Belconnen ACT. His wife pre-deceased him by a few years and he passed away after a short illness. AVM Stephenson was accorded a full military service at the Anzac Memorial Chapel of St Paul, Duntroon on 28 April 2017. Lance Halvorson