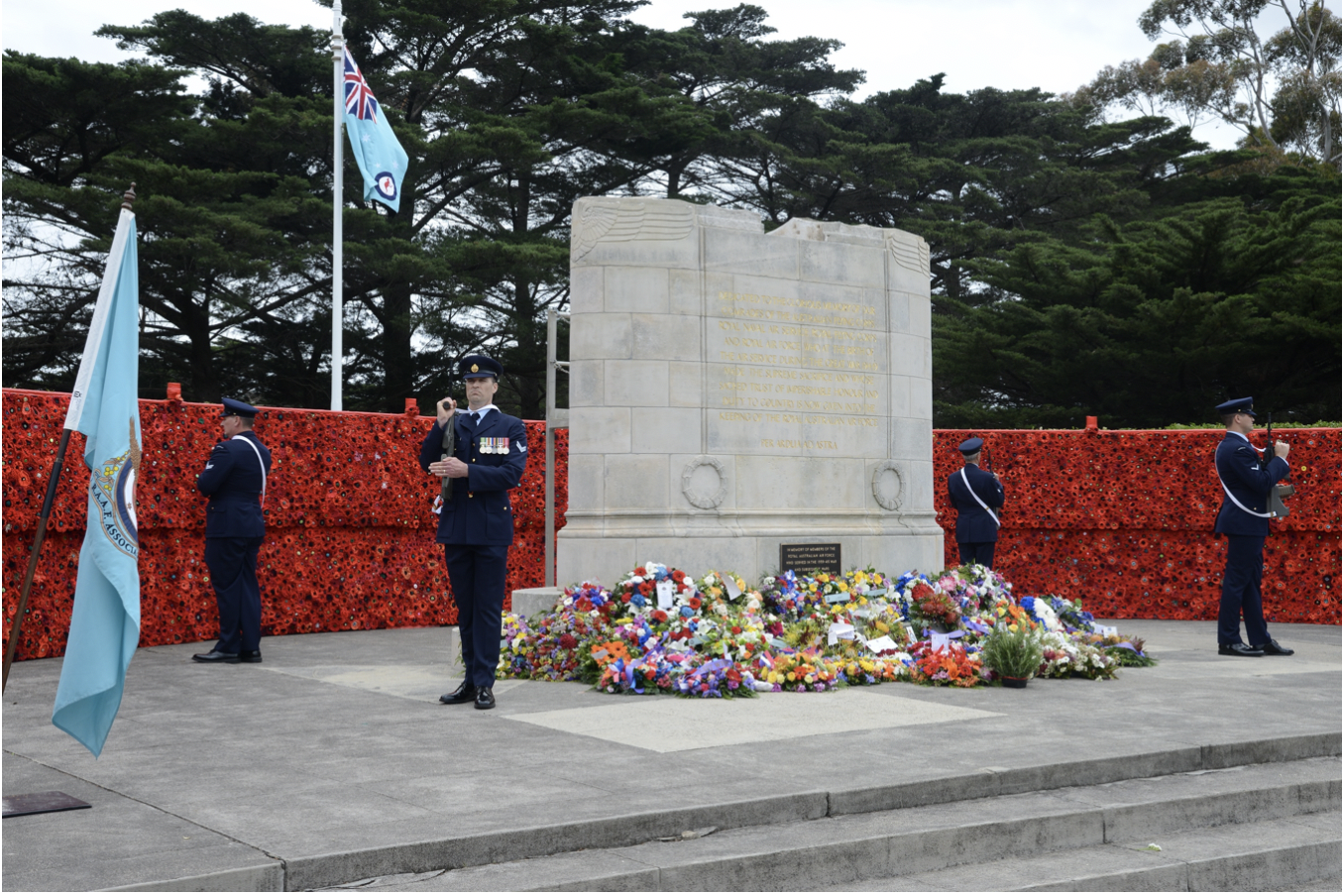 RAAF Base Point Cook is the alma mater of numerous Air Force personnel and Navy and Army members who underwent their initial aviator training at the base. The large, main parade ground is a mute witness to a multitude of base, unit and graduation parades, and also special events such as the visit by Queen Elizabeth II and other royal dignitaries over the years.  I expect few who attended or took part in these events knew of the background to the Australian Flying Corps Memorial (also known as the Point Cook Cenotaph), that stands facing south at the northern end of the parade ground.

TheAustralian Flying Corps Association, the forerunner of the Air Force Association, lobbied the Air Board (like today’s Chief of Air Force Advisory Committee) for the construction of a memorial to honour those who served and fell during the Great War.  Several locations for the monument were considered, including alongside what is now called the Princes Freeway from Melbourne to Geelong.  Point Cook was chosen because of its birthplace of military aviation in Australia and the more secure location for the monument.

The Memorial is made from Stawall sandstone, expensive but considered to be a superior quality stone preferred for monuments.   The design is art deco, overall shaped in the form of a wing with an image of an eagle engraved at the top of each end. Wing struts are engraved from top to bottom at the front and rear.

Dedicated to the glorious memory of our comrades of the Australian Flying Corps, Royal Naval Air Service, Royal Flying Corps, and Royal Air Force who at the birth of the air service during the Great War 1914-1918 made the supreme sacrifice and whose sacred trust of imperishable honour and duty to country now given into the keeping of the Royal Australian Air Force Association.

On Remembrance Day 1973, a plaque was added in memory of members of the Royal Australian Air Force who served during the 1939-45 War and subsequent conflicts.

The Association raised the funds for its construction and was given into custody of the RAAF at its inauguration ceremony on 31 October 1938.  Mr A.E. Chadwick (later Sir Albert) passed the Memorial to Air Vice-Marshal Sir Richard Williams who was Chief of the Air Staff at that time.

The then Governor General Lord Gowrie unveiled the Memorial as six Avro Anson bombers flew in a symbolic cross formation over the parade ground.  Lord Gowie then placed a sealed copper capsule containing the names of 209 Australian Flying Corps airmen who lost their lives in the Great War into a cavity at the top of the Memorial.

In 2016, the Association hosted a Commemoration to remember the deployment of the Australian Flying Corps in the Great War, and repeated the symbolic gesture at the Memorial’s inauguration by having Air Commodore Geoffrey Harland, CSC, Commander Air Force Training Group and on behalf of the Chief of Air Force, insert a second copper capsule containing the names of 11,401 Australian Flying Corps and Royal Australian Air Force airmen and airwomen who up to that time have lost their lives on operational service. 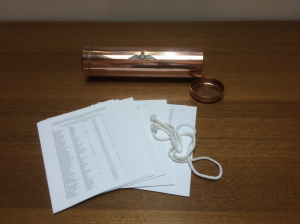