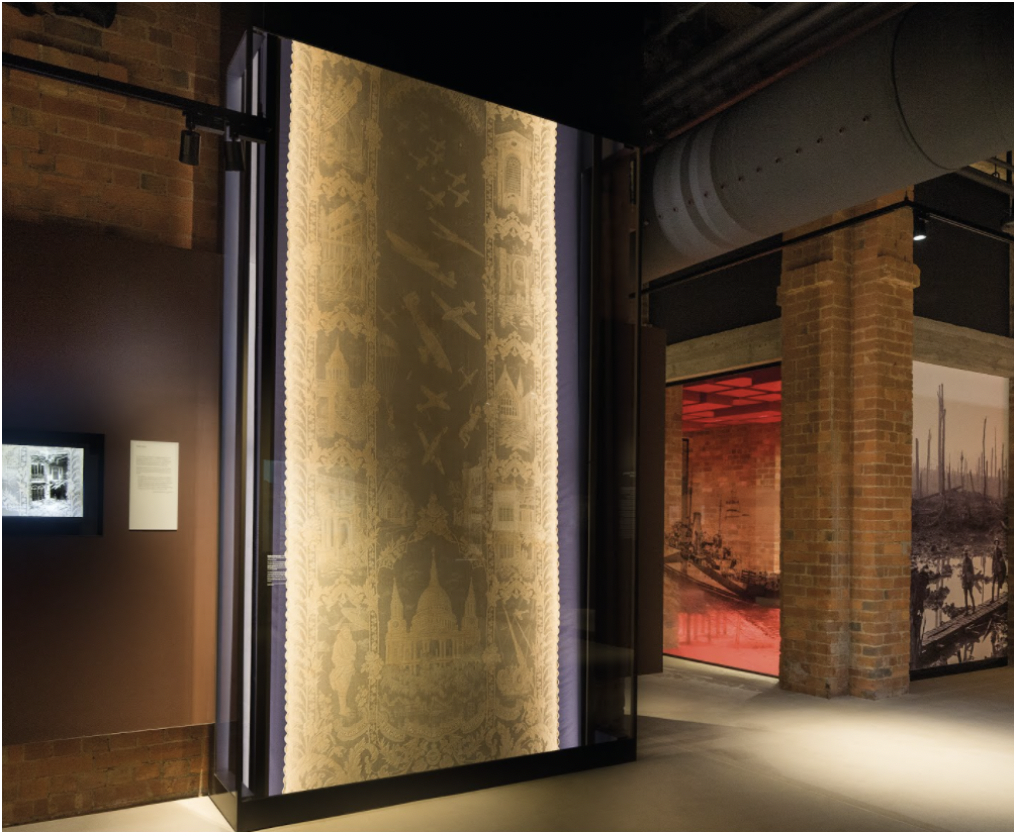 Between 1942 and 1947, Dobsons & M Browne & Co Ltd, a Nottingham lace curtain manufacturer, made thirty-eight lace panels commemorating the Battle of Britain of 1940.  The lace panels measure 4.5 x 1.62 metres and depict scenes of the bomb-damaged building in London, including the House of Commons, Buckingham Palace, St Clement Danes and Guildhall, aircraft types involved in the battle, floral emblems of the countries of the Commonwealth, and St Pauls Cathedral engulfed in flames.

This year marks the Battle of Britain’s 80thAnniversary and an appropriate time to visit the Shrine to view the ‘lace’. However, COVID-19 is another battle we must defeat beforehand.