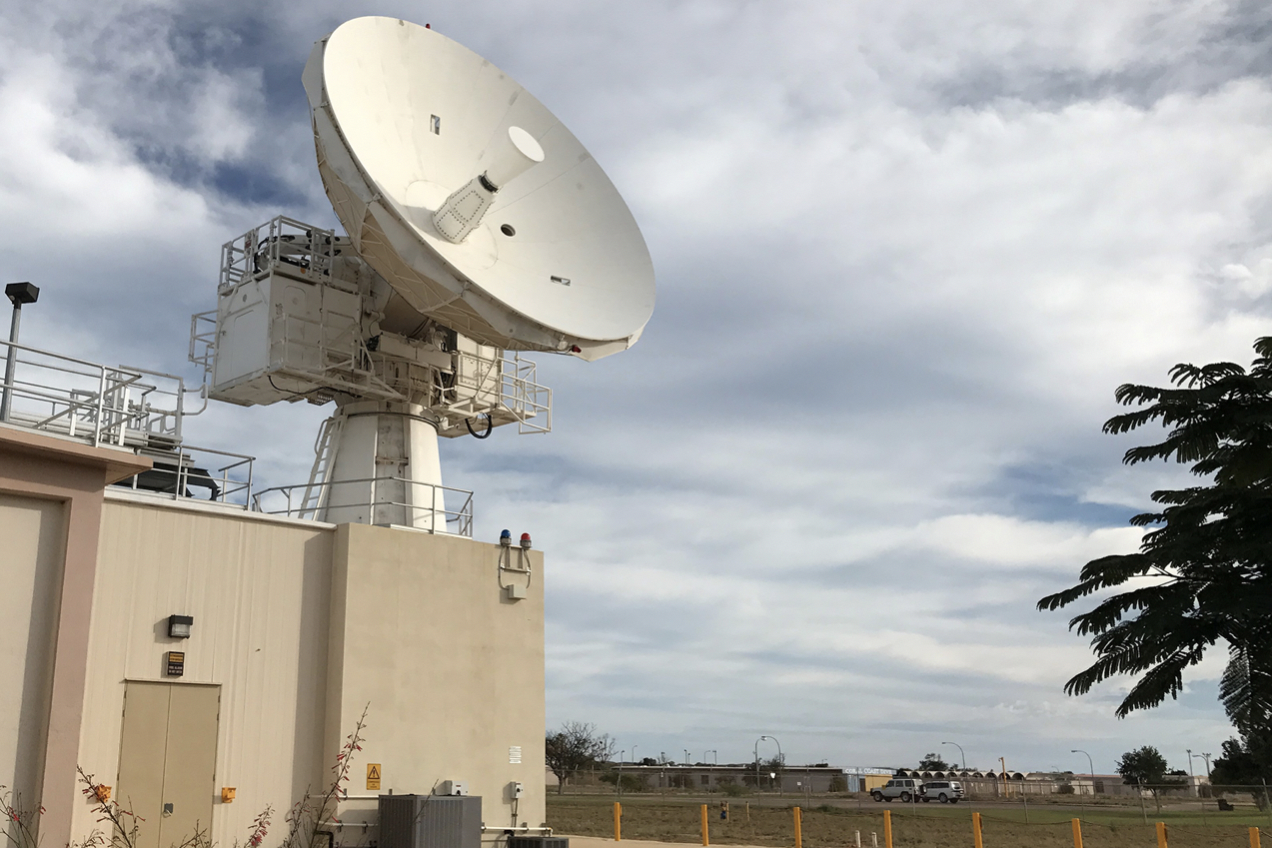 What is C band radar?

C band radar uses microwave frequencies ranging from 4.0 to 8.0 (GHz). The C band is used for many satellite communications transmissions, some Wi-Fi devices and cordless telephones as well as some surveillance and weather radar systems.

No 1 Remote Sensor Unit (1RSU) is the only operational unit charged with enhancing the ADFs Space presence and Space Situational Awareness (SSA). This is achieved with the C-band radar, Space Based Infrared System – Australian Mission Processor (SBIRS-AMP) and in future, Space Surveillance Telescope (SST). Explanations of SSA, SBIRS-AMP, and SST are described below the main article.

The C-band radar started its life in Carnarvon at a NASA Space Tracking Station. Photos taken during installation at Carnarvon (1963). The radar was used as part of a world-wide network of ground stations to support manned space flights. It tracked manned space flights, deep space mission launches and scientific, defence and research satellites.
The tracking station closed in 1974, and was ultimately replaced by a network of communication satellites called the Tracking Data Relay Satellite System.

The radar was moved from Australia to the US. It was used as a test bed radar in Florida, and then moved again to Antigua (an island in the Caribbean) to support Eastern Range launches from Cape Canaveral, Florida. To fill a gap in the Space Surveillance Network in the Southern Hemisphere, the radar returned to Australia. In 2014, it was installed at Harold E Holt.

The C-band radar is a sensor within the Space Surveillance Network – a worldwide network of telescopes and radars that detect, track, identify and catalogue man-made objects in space – and provides valuable coverage over the southern hemisphere. This information is used to contribute to space-flight safety and to ensure that satellites are not endangered by space debris.

SBIRS Mission
– Missile Warning (MW) – Provide timely warning of strategic and theater ballistic missile launches that threaten the Australian mainland and our deployed forces or those of our allies
– Battlespace Awareness (BA) – Detection of all infrared events to contribute to the situational awareness of battlespace.
– Technical Intelligence (TI) – Provide data to technical intelligence analysts. This is the gathering of intel on different missile types used by other countries. This gives an understanding of a countries orbit.

DSP Overview
The DSP satellites provide early warning for Intercontinental Ballistic Missile (ICBM) Launches. This once classified satellite was first launched in 1970 and became the first of many to be launched over the next 30 years.

DSP satellites orbit the earth at an altitude of 35,780 kilometres in a GEO orbit. The DSP constellation is operated from SBIRS Mission Control Station (MCS) at Buckley Airforce Base, Colorado USA.

SBIRS-GEO Overview
The new SBIRS-GEO satellites will add to the overall constellation and eventually replace the existing DSP satellites. The SBIRS-GEO A2100 model space craft is a 3-axis stabilized platform with a scanning and staring sensor. The first GEO-1 was launched in 2011 followed by the
launch of GEO-2 in 2013, there are four more planned.

Scanner
The SBIRS-GEO scanning sensor will provide a shorter revisit rate then the DSP sensor over its field of view. The windshield wiper type scanner gives a wide view of the planet below with a significant boost of modern technology.

Starer
The staring sensor will be used for operations over smaller operational areas. Starer can be tasked to observe a very specific region for emerging threats and fast-moving targets.