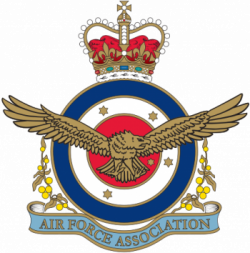 I am pleased the Association has achieved several milestones since my February 2021 Report and that several veteran support initiatives are well underway.

2021 is likely to be a significant year in the Association’s history.

On 22nd June I signed the Air Force Association Foundation Trust Deed.  Last May, the AFA Ltd Board unanimously agreed the Foundation is to be established to provide personal and financial relief to members of the Australian Defence Forces and their spouses, dependants and next of kin in needy personal and financial circumstances especially those who are veterans who have completed their service, together with their spouses, dependants and next of kin.

AFA Ltd is the Foundation’s Trustee.  The National Board of Directors, that includes representatives from each Division, will establish a separate Board of five members to be known as the Board of Management that will be tasked to administer the Foundation.  Air Force will be represented on this Board. The Air Force Association has been registered as a Business Name with ASIC and given an ABN. Also, application has been made to obtain deductable gift recipient status (DGR) as a registered Charity and Not-for Profit entity.

The AFA Ltd Board of Directors authorised me to sign a contract with Dalton Garland Blanchard, a professional fundraising company specialising in the not-for-profit sector, to undertake a fundraising feasibility study.  The Board agreed that one of the Foundation’s initial tasks would be to support a veteran and family homelessness recovery project commencing with the AFA Western Australia Division’s veteran homeless venture.  Other Divisions may also opt in on this initiative.

The Foundation’s Objects will provide its Board of Management with the necessary authority to approve proposals that will address whole of life well-being of veterans, regardless of their Service origin, and/or their dependants.

In February, I mentioned the Association was looking forward to the outcome of its negotiations with the Government and DVA on recognition of injuries from contamination exposure suffered by ADF Firefighters who were trained and employed at RAAF Point Cook during the late fifties through to the end of 1986.

I am pleased to advise the Federal Budget 2021-22 contained a financial and health support package for ADF Firefighters who served at the base between 1st January, 1957 and 31st December, 1986. The ADF Firefighter Scheme, as it is to be known, is in recognition of the potential for health effects from being exposed to a wide range of hazardous substances during historical fire training, when Personal Protective Equipment (PPE) was not of the same standard available today. Thirty-one cancerous and non-cancerous conditions have been acknowledged.

Approximately 300 former ADF firefighters are likely to benefit.  DVA recently advised about 120 firefighter veterans have registered their intention to claim when processing begins in September this year. Interest in the Scheme should be sent to ADF.FIREFIGHTER.SCHEME@DVA.GOV.AU with service details and any existing claims details (if you have them).

Recognition for these firefighters is a significant achievement for the Association. We should be proud to be a member of an organisation that is ready to stand beside our fellow veterans and their families and advocate on their behalf.

The Board agreed to seek donations from each Division towards the cost of a bronze statue of Sir Richard Williams that will be situated in Moonta, SA.  AFA Ltd matched Divisions’ contributions.   Last month, the Association donated $20,000 towards the project. READ MORE about this project here: https://raafa.org.au/williams-sculpture/

CAF has supported the idea of an Air Force/Air Force Association Alumni Group.  It will provide an opportunity to better connect former serving and serving members. A working group to be chaired by Pete Ring, AM AFC is about to be formed to progress this initiative.

Air Force intends to further commemorate its 100th Anniversary at Point Cook later this year to coincide with Avalon 2021.  I will be conversing with AF2021 Branch early next month to discuss how the Association may assist in publicising the various events.  Advice will be provided to Divisions.