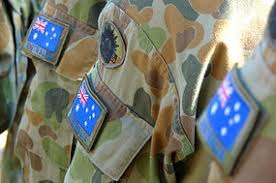 On 11 December 2019 the Commonwealth Ombudsman, Mr Michael Manthorpe, PSM, released a report into the historic administration of the Defence Force Retirement and Death Benefits (DFRDB) scheme – specifically the issue of commutation.

The DFRDB scheme is the compulsory Australian Defence Force retirement scheme that began operating in 1973 and closed to new members in 1991.

The Ombudsman’s investigation followed an approach from the Minister for Veterans and Defence Personnel, the Hon Darren Chester MP, earlier in 2019, which in turn arose from complaints that scheme members had been misled about its operation. At law, eligible ADF members were required to make a choice between a defined pension for life, or a lump sum upon retirement together with a lowerpension for life. The second option is often referred to as ‘commuting’ part of the pension in exchangefor the lump sum. Most members did, and still do, choose to commute.

“Many members complained they were told that if they commuted, their pension would subsequently increase to the higher rate when they reached a defined life expectancy age,” Mr Manthorpe said. “This was false, and created an expectation of a more generous long term outcome than the law provided.”

The Ombudsman found that many members were in fact given misleading and incorrect advice about this issue by Defence. He recommended that the Chief of the Defence Force and the Secretary of the Department of Defence apologise to members for this historic maladministration, and they have done so. Their apology is published in the report.

The Ombudsman considered whether the incorrect advice created a situation of ‘financial detriment’. Informed bythe work of independent actuaries, he found that this appears unlikely to have occurred. This is because, even though the incorrect advice may have led some members to opt for the commuting option rather than the full pension, the actuarial analysis suggests that for most, if not all, members the commutation option was more beneficial in the long run than the other available option.

“I also considered whether, in the light of the incorrect advice some form of compensation or reparation payment should be offered to those who commuted,” Mr Manthorpe said. “However, I have stopped short of making such a recommendation because it would be contrary to Parliament’s original design of the scheme; and because it would place those who commuted at a further advantage over those who did not commute, which would be inequitable for the second group. I note that many members who did fully understand the scheme still chose to commute.”

While the actuarial analysis shows the commutation option was more beneficial for most members, the Ombudsman’s report also noted the availability of the Compensation for Detriment caused by Defective Administration (CDDA) scheme should an individual member be able to demonstrate specific financial detriment.

The Ombudsman also looked at information provided by the Commonwealth Superannuation Corporation, both currently and historically. While he found the information published by CSC was at all times correct, he recommended updates to certain CSC documents to further clarify these issues, which the CSC has accepted.

‘This investigation relates to matters that happened many years ago,’ said Mr Manthorpe. ‘But the lessons from that time are equally relevant today—getting communication right, so people can make informed choices, is a critical part of every aspect of government service delivery.’

The report is available on the Ombudsman’s website at ombudsman.gov.au/How-we-can-help/australian-defence-force/dfrdb, along with the reports from the independent actuaries.

The Ombudsman’s media release can also be accessed here.