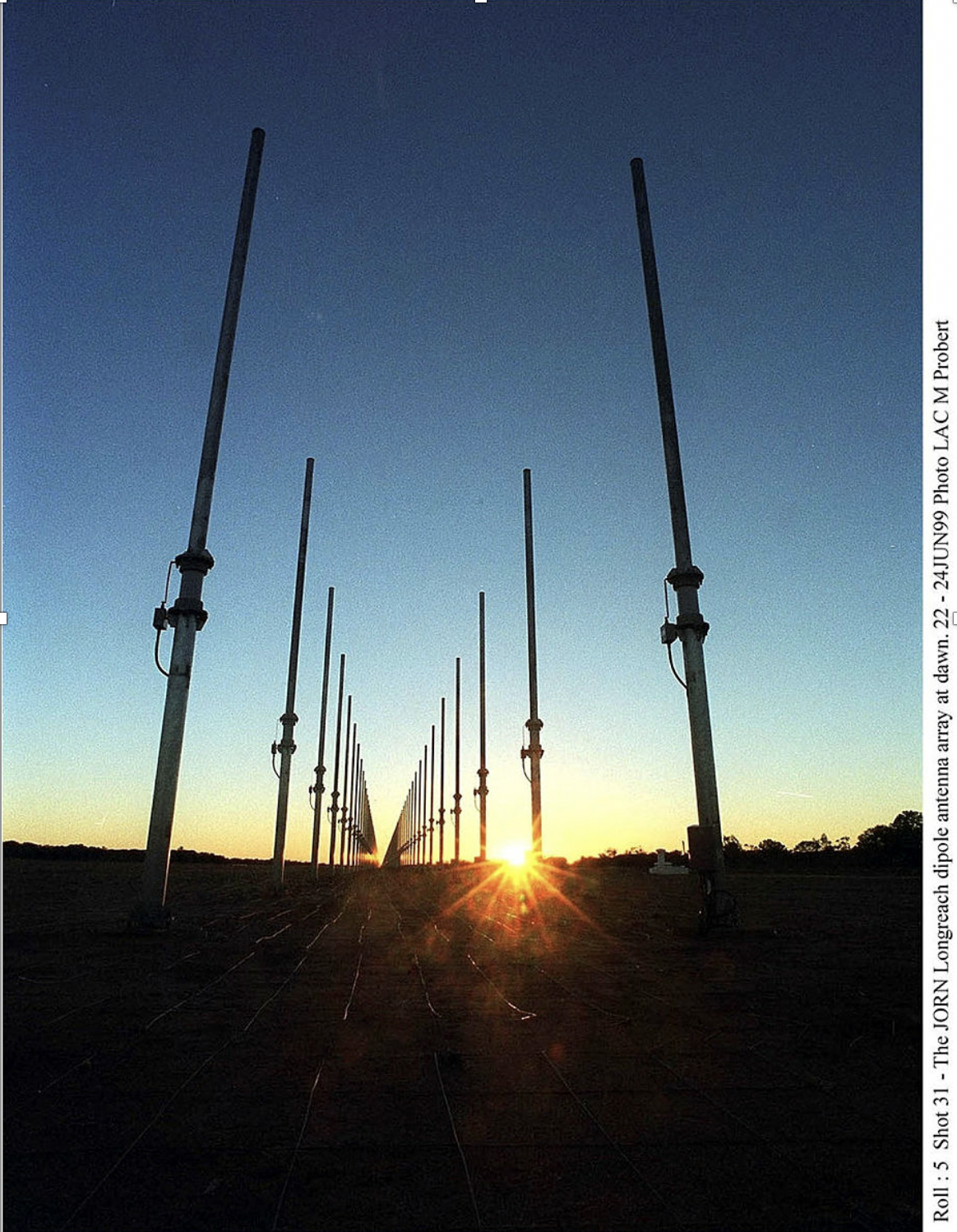 Jindalee, Australia’s over the horizon radar (OTHR), comprises among other things three radar stations; one near Longreach in Queensland, another near Laverton in Western Australia, and a third that is mainly used as a backup at Alice Springs.   The concept of OTHR is not new.  Indeed, the technology, in earlier forms, has been around since the late 1940s. Initially, OTHR was developed as part of early warning radar systems needed during the Cold War period but many of these were replaced by airborne early warning systems.  However, the usefulness of their powerful long-range tracking ability has afforded them renewed importance for their maritime reconnaissance and drug enforcement roles.

Jindalee is an Australian Aboriginal word loosely translated meaning ‘beyond where the eye can see’ that aptly describes its operation.  Jindalee is operated by Air Force and has been operational since 2003. No 1 Remote Sensor Unit (1RSU) located at RAAF Edinburgh, SA is responsible for the radar’s operation.  Unlike most conventional radar systems that use straight line radio waves in the form of microwaves, which at best have a line of sight range beyond a few hundred kilometres, Jindalee has a range of between 3,000 and 5,500 kilometres.  A protractor on a map will give an indication of the areas to the north of Australia that can be seen.  It has long range and anti-stealth capabilities; the latter was demonstrated when reportedly it detected a USAF F-117 Nighthawk in flight.  How? Because Jindalee looks down from the ionosphere and operates in the very high frequency range whereas the aircraft’s design is based on being radar-transparent from ground or airborne radar operating in the microwave range.  It’s detection capabilities are phenomenal; it can detect aircraft and ships over an area of about 13 million square kilometres.