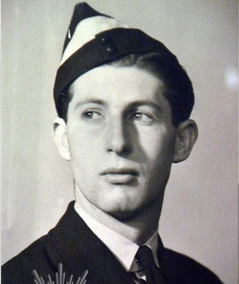 Mr Isaacson started out as a messenger boy at The Age at the tender age of 16 and finished his media career as the largest independent publisher in the country.

After a colourful and dashing spell as an RAAF pilot during World War II, Mr Isaacson established his first newspaper, The Elsternwick Advertiser in 1947, before he opened the renowned Peter Isaacson Publications.

Following his stint in Bomber Command, he became well known in Australia for his tours in the Arvo Lancaster, a British four-engined World War II bomber, and for famously flying his plane under the Sydney Harbour Bridge in 1943.

The much-loved publisher was miles ahead of his time and is credited with building a stable of suburban papers which transformed specialist papers in Australia.

Among his 60 Australian titles were dozens of industry publications and The Sunday Observer.

He was inducted into the prestigious Melbourne Press Club Hall of Fame in 2014, with board members observing it was his keen eye for business and understanding what mattered to a community, which saw
him capitalise on the need for local news alongside the emergence of shopping centres that enabled regionally- targeted advertising.

Since 1956 he has served as a trustee, chairman, and then life governor of the Victorian Shrine of Remembrance. In 1991, he was appointed a Member of the Order of Australia for his publishing and community work.

But, arguably, more than his work as an entrepeneur of the publishing industry or as courageous wartime pilot, Mr Isaacson will be remembered for his “heart of pure gold.”

Close friend and former colleague Robert Gibson took to Facebook to pay tribute to the man he says gave him the “career chance of a lifetime”.

“Although we all will leave a legacy, some people’s time on earth is profound. Thanks to this empathetic, strong- willed, enterprising, but above all caring man, life-long friendships have been established and memories created that will last a lifetime,” he wrote.

“Such was the impact on this world of the man so many affectionately simply call ‘PI’.”
Another friend and former colleague Leanne Connally remembered Mr Isaacson as an “amazing man”.

“I was so fortunate, like many others, to be a part of the Peter Isaacson workplace family…I doubt there will ever be another opportunity like the one he created,” she wrote.

Bronwyn West also paid tribute on social media to a man she said was her idol and mentor.

“As a very naive 17-year-old fresh from a small country town, he frightened the life out of me as he came barrelling out of the corner office in my direction,” she said.

“Once I got over my ‘fear’ I must say this was one of the best times of my life and gave me a fantastic grounding for life ahead. RIP PI.”

Another former colleague Michele Carlon said Mr Isaacson created a rare workplace environment where people felt they “truly belonged and were appreciated for their efforts”.

He is survived by his sons Anthony and Tim, daughter-in-law Julie and his grandchildren Clementine and Walter.

Mr Isaacson died peacefully on Friday night at home after a short battle with ill health. He was 96-years-old.

HISTORIC EVENTS22 July 1922 - 13 April 2017Air Vice-Marshal Eric Hay (Steve) Stephenson AO OBE AVM Stephenson was born in UK and joined the RAF and trained as a navigator before serving on 207 Squadron RAF, a Lancaster bomber squadron. During a bombing raid on Berlin...