Keep up-to-date with important Veterans support, news and events including disability and compensation entitlements and various legislation and regulations.

Veterans disability and compensation entitlements are covered under various legislation and regulations.

These are reviewed frequently by Government, mainly resulting from bureaucratic initiatives. On occasions, changes are made based on Ex-service organisations’ and veterans’ initiatives, but only after intense pressure from these groups or their local member. These reviews and other DVA reports, will be published as they are released.

We will also publish contentious issues where veterans and ex-service members entitlements and benefits are threatened by poorly considered government decisions – as displayed below.

On 1 May 2018, DVA commenced two new measures designed to benefit veterans and their families. These measures were announced last year and have been mentioned during a recent meeting of the Ex-Service Organisation Round Table.

As part of DVA’s commitment to improving access to services for veterans and their families, the new Veteran Payment is now available to eligible individuals and their partners. This payment provides interim financial support to veterans who cannot work or support themselves while they await liability decisions on claims for mental health conditions under either the Military Rehabilitation and Compensation Act 2004 (MRCA) or the Safety, Rehabilitation and Compensation (Defence-related Claims) Act 1988 (DRCA).

The Family Support Package is designed to extend family support under the MRCA for veterans and their families. There are two distinct groups that will benefit from this initiative: eligible veterans and their families, and eligible spouse or partner of deceased veterans. This initiative will provide guidance and financial support to alleviate pressures when needed the most. The time-limited support available include expanded childcare funding, additional counselling services and eligible widow(er)s will be entitled to home help.

View the DVA Fact Sheets relating to these packages.

On 11th May 2021 the Morrison Government announced in its Federal Budget 2021-22 a financial and health support package for ADF Firefighters who served at the RAAF Base Point Cook Fire Training School between 1st January 1957 and 31st December 1986.

The ADF Firefighter Scheme, as it is to be known, is in recognition of the potential for health effects from being exposed to a wide range of hazardous substances during historical fire training, when Personal Protective Equipment (PPE) was not of the same standard available today.

The Air Force Association argued on the basis of the hazardous chemicals detected at Point Cook Fire Training School and potential for exposure due to a lack of adequate PPE, that there was a likelihood for a risk of serious health issues. The Government recognises the risks faced by these firefighters and the limitations in evidence available to support claims.

The Air Force Association is grateful to the Government and the Department of Veterans’ Affairs (DVA) for providing a remedy for these veterans. 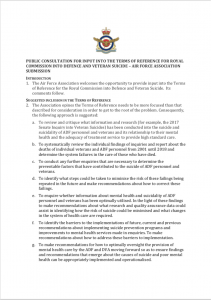 Support and services for veterans and their families are returning to normal.

As the offices and shopfronts reopen, the veteran community is asked to be mindful of current health and social distancing recommendations when attending. DVA will continue to uphold the recommended measures to ensure the health and safety of all.

Veterans and their families are still strongly encouraged to use telephone and online services where by possible by logging into their MyService account, by lodging an online enquiry at www.dva.gov.au, or by calling us on 1800 VETERAN (1800 838 372). 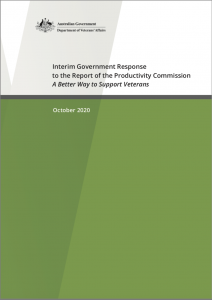 A Better Way to Support Veterans – The Interim Response to the Productivity Commission Report, October 2020

Summary Conclusion: “The Minister in his statement of 14 August 2017 expressed the need for the veteran community to speak with one voice. This is a noble expectation that the major ex-service organisations are working hard to achieve. For this to evolve there will have to be active government support and resources to bolster the ability of ex-service organisations that are predominately volunteer in nature relying on membership subscriptions and donations from the general public to sustain their operations.

Signed on behalf of the Defence Community speaking as one voice.”

Read the full response below: 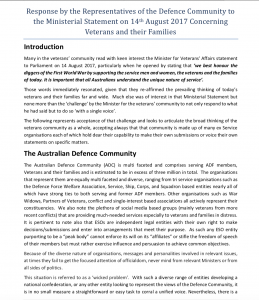 Open Arms was founded by Vietnam Veterans.  It is a Department of Veterans’ Affairs support service that operates 24/7 providing assistance to current and former serving ADF members and their families.

COVID-19 has added another level of stress to our daily lives, so it is understandable calls to Open Arms have increased over the last few months.  No one should feel alone in their attempt to cope with stress, relationship issues, grief, depression and loneliness, anxiety, trauma and PTSD.

Call Open Arms 24 hr hotline at 1800 011 046.  Go to https://www.openarms.gov.au/who-we-help
for details on the range of support services offered by this wonderful organisation. 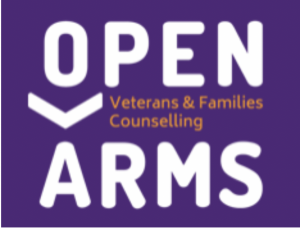 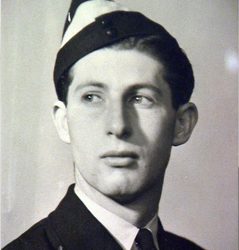 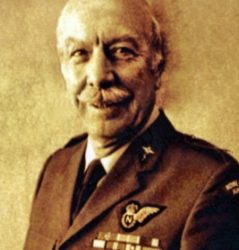 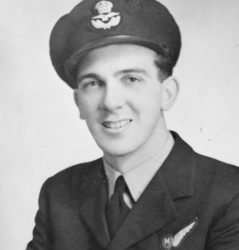