From the National President's Desk - October 2020

From the National President’s Desk – October 2020

You may ask why should the Association raise a national foundation when Veterans and their families have the same level of access as the public to government support services and charities whilst serving and following separation. Often a veteran or family need falls outside available Defence and general community services.

The Australian Institute of Health and Welfare accepts that a targeted and tailored response is the most effective approach to satisfying a Veteran’s health and welfare needs. The Board envisages that support may include financial support and payments for the provision of services. Therefore, the Foundation would initially fund support services to meet the specific needs of former and serving Air Force Veterans and their families in necessitous circumstances, there being no other option available.

The Foundation would have several funding streams and endeavour to obtain Deductible Gift Recipient (DGR) status that would make philanthropic and fund raising programs more attractive to donors. It would not be funded in any way be a levy on membership.

The Joint Boards Steering Group and the National Board met jointly on October 13th to discuss the former’s recommendation for common Objects, eligibility for membership, and classes of membership for the Association’s Divisions.

The National Board agreed on the following Objects:
– Advocate for and support the wellbeing and interests of members of the Air Force Family and veterans, including those in necessitous circumstances.
– Support the Air Force, its history, heritage, and traditions.
– Honour the life, service, and memory of Air Force members.

Division Presidents will socialise the agreed changes with their Division membership who will need to endorse them as Constitutional Changes to their State/Territory Division Constitution. These seminal agreements represent a willingness to work collaboratively and unity. 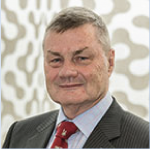