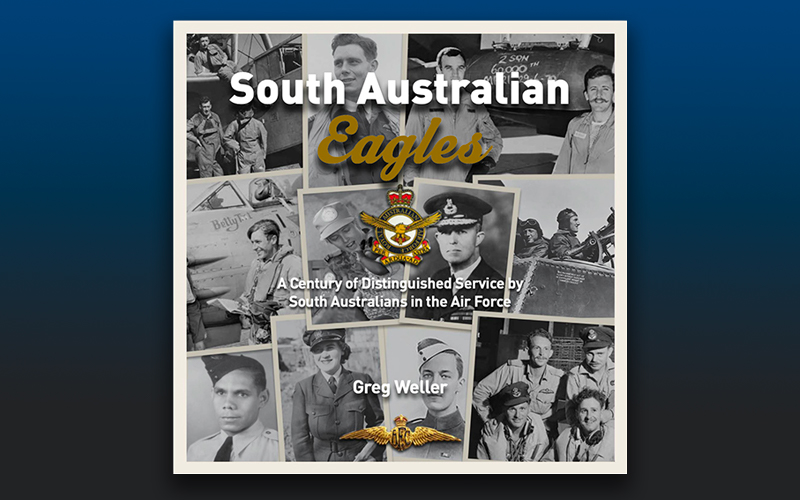 “The centenary of the RAAF in 2021 has provided an opportunity for our community to rediscover this legacy and the South Australians who contributed so much to the Air Force over the last 100 years.” said GPCAPT Weller.

“Some are decorated aircrew. Some are air aces. Others rose to the highest echelons of our air force. Some returned to South Australia serving the community in other ways in sport, indigenous reconciliation and the arts. Tragically, some did not return paying the ultimate sacrifice for their nation.”

The aim of the book is to profile their service and inspire our community to learn more about these brave South Australians.”

Hardcopies of South Australian Eagles will be available at Air Force Centenary events in South Australia during 2021. 150 copies will also be donated to local schools.

The publication can be downloaded from websites including the South Australian Aviation Museum and the Air Force Association, where it is also available as a flip-book.

A limited number will also be available for purchase for a nominal charge from the Air Force Association – South Australia office (please contact Annette Moore at raafaad@internode.on.net).