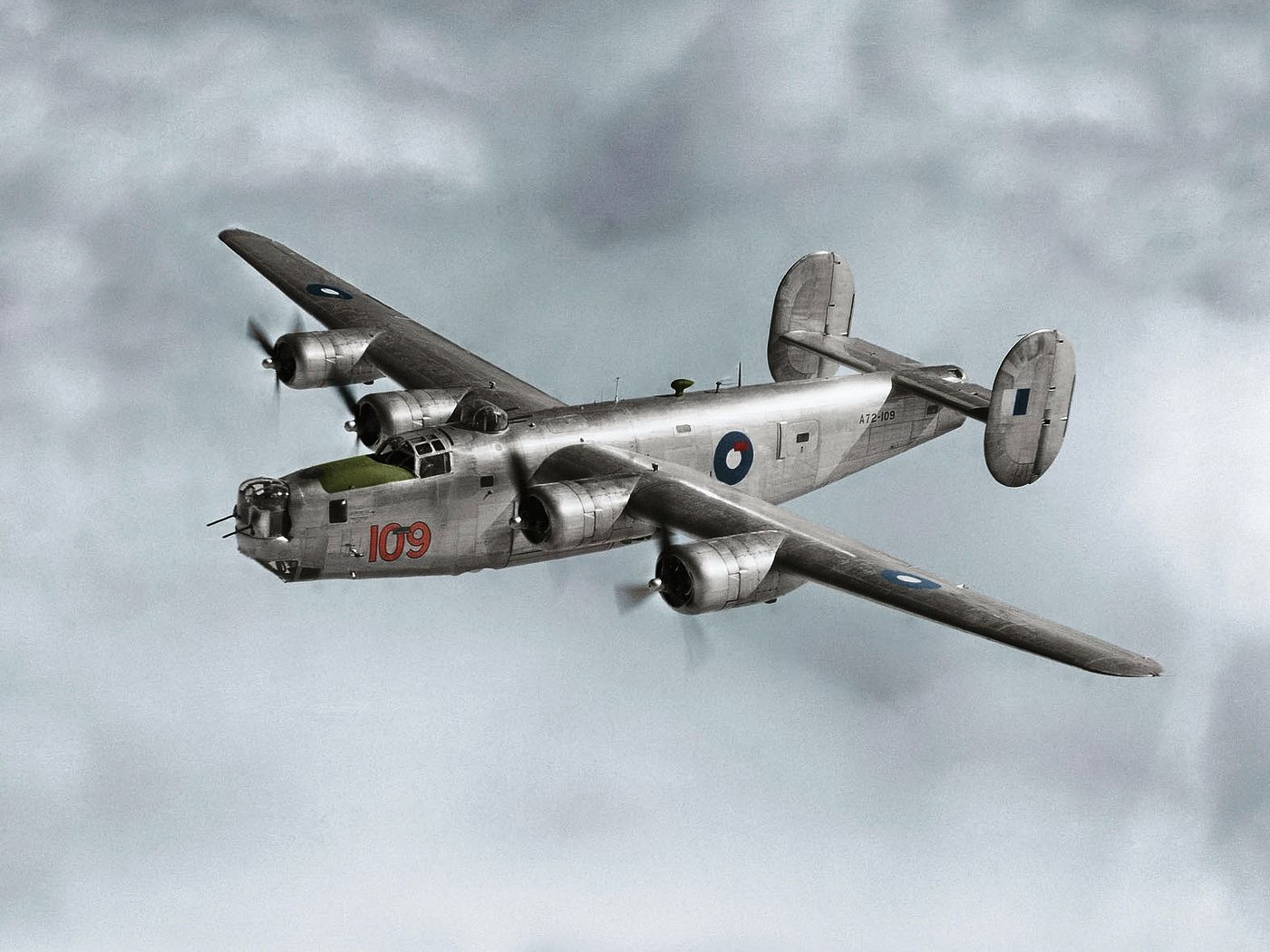 The Liberator first flew at the beginning of WWII and the last was completed before the end of the war. Yet in that time, 15 major variants totalling over 18,000 were built. The B-24 served in every theatre and was the most important long range bomber in the Pacific. It was the first aircraft in history to make North Atlantic crossings a matter of everyday routine.

Designed as a heavy bomber, it was the leading maritime reconnaissance and anti-submarine patrol aircraft and the leading Allied long range cargo transport. B-24s also shot down over 2500 enemy aircraft.

The Liberator was a complicated machine and was demanding to fly. The wing was of superior design (deep section, with a sharp camber and a reflex curve on the underside) and produced less drag than conventional wing. However, as it was cleared for greater weights, its takeoff performance became critical. In-flight controllability was marginal and escape from a stricken aircraft was difficult.

The B-24 D had a crew of ten, four Pratt & Whitney R-1830 Twin Wasp radial piston engines and had a maximum speed in the order of 275KTAS (490km/h). Its combat radius was about 950 n miles (1730km) with a 5000lb (2270kg) bomb load. It was very vulnerable to head-on attack and despite progressive modifications to increase its armour plating, the shortcoming remained.

The B-24 J was made in greater numbers than any other variant. Five plants in USA were making these aircraft which were delivered to USAAF service depots for fitment of autopilots, tail armament and equipment to suit the operating theatre/s.

All were retired at the end of the war. The Lincoln replaced the B-24 in those squadrons that remained (21, 23 and 24 Squadrons), although the Mustang replaced the aircraft at 25 (City of Perth) Squadron.